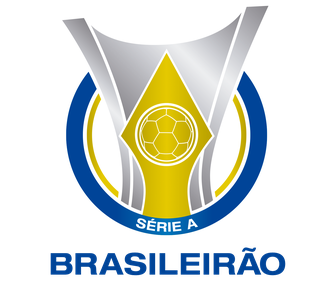 The Campeonato Brasileiro Série A (Portuguese pronunciation: [kãmpjoˈnatu braziˈlejɾu ˈsɛɾii ˈa]; English: Brazilian Championship A Series), commonly referred as Brasileirão (Portuguese pronunciation: [brazilejˈɾãw]; English: Big Brazilian), is a Brazilian professional league for men's football clubs. At the top of the Brazilian football league system, it is the country's primary football competition. Contested by 20 clubs, it operates on a system of promotion and relegation with the Campeonato Brasileiro Série B.

Due to historical peculiarities and the large geographical size of the country, Brazil has a relatively short history of nationwide football competitions. Only in 1959, with the advancements in civil aviation and air transport and the need to appoint a Brazilian representative to the first edition of the Copa Libertadores was a nationwide tournament created, Taça Brasil. In 1967, the Torneio Rio-São Paulo was expanded to include teams from other states, becoming the Torneio Roberto Gomes Pedrosa, which was also considered a national tournament. The first Campeonato Brasileiro with that name was held in 1989. Prior to this, only the seasons post-1971 were regarded as Campeonato Brasileiro.

The Campeonato Brasileiro is one of the strongest leagues in the world; it contains the most club world champions titles, with 10 championships won among six clubs, and the second-most Copa Libertadores titles, with 19 title's won among 10 clubs. The International Federation of Football History & Statistics (IFFHS) ranked the league fourth in strength for the 2001–12 period after the Premier League (England), La Liga (Spain), and Serie A (Italy). The Campeonato Brasileiro is the most-watched football league in the Americas and one of the world's most exposed, broadcast in 155 nations. It is also one of the world's richest championships, ranked as the sixth most valuable with a worth of over US$1.43 billion, generating an annual turnover of over US$1.17 billion in 2012.

Since 1959, a total of 156 clubs have played in the Campeonato Brasileiro. Seventeen clubs have been crowned Brazilian football champions, twelve of which have won the title more than once. Palmeiras is the most successful club of the Campeonato Brasileiro, having won the competition ten times, followed by Santos with eight titles, Flamengo and Corinthians with seven titles. Santos' Os Santásticos won five consecutive titles between 1961 and 1965, a feat that remains unequaled. The state of São Paulo is the most successful state, amassing 32 titles among five clubs.