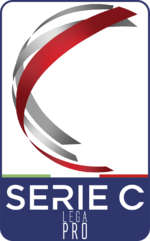 The Serie C (Italian pronunciation: [ˈsɛːrje ˈtʃi]) is the third-highest division in the Italian football league system after the Serie B and Serie A. The Lega Italiana Calcio Professionistico (Lega Pro) is the governing body that runs the Serie C.

A third division above the regional leagues was first created in Italy in 1926, when fascist authorities decided to reform the major championships on a national basis, increasing the number of teams participating by promoting many regional teams from the Third Division (Terza Divisione) to the Second Division (Seconda Divisione).

A new league running this Second Division, the Direttorio Divisioni Inferiori Nord (Northern Directory of Lower Divisions) was set up in Genoa, while football activity in the southern part of the country was run by the Direttorio Divisioni Inferiori Sud which later became the Direttorio Meridionale (Southern Directory). These leagues did not last long; after another reform they were disbanded between 1930 and 1931. Some bigger clubs who owned large pitches with dimensions of 100x60 metres were promoted to the First Division (Prima Divisione); a league defined and structured as the "National Championship".

The Second Division had no relegations to regional leagues as most were reelected at the beginning of each new season. Once a critical threshold was reached the Italian federation decided to close the two leagues and move all teams to the "Direttori Regionali" (Regional Committees) so that the labour-intensive job of organisation was delegated to more efficient and organised regional staff.

The most successful teams coming from the Second Divisions in 5 years (from 1926–27 to 1930–31) composed 6 ever-growing sections of the First Division (Prima Divisione) which at the beginning had just a few teams in just one section from southern Italy.

This championship was organized by the same league governing Serie A and Serie B (the "Direttorio Divisioni Superiori"), even if, as opposed to the two higher divisions, it was structured in local groups with geographical criteria. The number of clubs belonging to the Prima Divisione continued to increase every year, until FIGC decided to rename it Serie C (at the beginning of the 1935–36 season) while a subsequent large reduction in 1948 led to the creation of a sole national division in 1952–53.

The reform that created the actual league was decided by Bruno Zauli in 1959 as he built on the incomplete work started by the former president Ottorino Barassi to make professional football fully recognised and organised. While Lega Calcio had a stated mission of organising professional and national divisions, the new Lega Nazionale Semiprofessionisti based in Florence had to regulate the two semiprofessional and subnational divisions: Serie C and Serie D, with the first one adopting a format of three groups of 20 teams each. In 1978 the semiprofessional sector was abolished; Serie D became an amateur section while Serie C was divided into two professional divisions (Serie C1 and Serie C2), and the league changed its name to Lega Professionisti Serie C. On 20 June 2008, the league was restructured and took its current name Lega Italiana Calcio Professionistico.

After the league reform of 2014, the two previous divisions of Lega Pro Prima Divisione and Lega Pro Seconda Divisione were ultimately merged into a new league; the Lega Pro Divisione Unica or more informally addressed as just Lega Pro. This is the league structure currently in operation; comprising 60 teams that are divided geographically in three groups of 20 each. At the end of each season, four teams are promoted to Serie B (three group winners, plus one coming from a promotion playoff involving the three group runners-up). Meanwhile, nine teams are relegated to Serie D: the last-placed team from each group go down directly, whereas teams between 16th and 19th from each group place play a relegation playoff (officially referred to as play-out), with the two losing teams from each group also relegated.

In May 2017, the Lega Pro assembly unanimously approved the return to the original name Serie C. The 2017–18 Serie C season includes 19 teams in each of the three divisions after adjustments were made for excluded clubs.