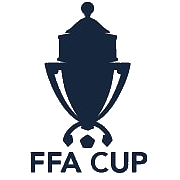 The Australia Cup comprises teams from the top division, A-League Men (known as simply the A-League before the 2021–22 season), as well as those from lower tiers in the Australian soccer league system. Teams enter in progressive stages, with qualifying rounds culminating with the competition proper, starting with the Round of 32. Each state and territory-based member federation is granted a team allocation for entry into the main competition, joining clubs from A-League Men. Initially, all A-League Men's teams entered at the Round of 32; following the latest expansion of the league, the top eight teams enter at the Round of 32, while play-offs are conducted between the four lowest-ranked teams for the final two qualification slots.

From 2021 onwards, the winner of the competition also qualifies for one of the play-off spots for the following year's AFC club competitions. This is the 2022 AFC Champions League for 2022, and will be the AFC Cup in the 2023–24 year. This is unless Wellington Phoenix are the winner.

Since the Australian soccer league system currently provides no promotion and relegation mechanism between the first and lower divisions, part of the competition's appeal stems from the fact that it is the only way that A-League Men and lower-tier clubs can currently play formal competitive matches.

Adelaide United are the most successful team with three titles. Melbourne Victory are the defending champions after defeating Central Coast Mariners in the 2021 final.

Australia has a long history of regional and state-based knockout cup competitions. However, a sustainable national knockout cup competition that encompassed clubs on all levels of Australian league system has been hard to realise. Prior to the FFA Cup, the first and only Australian national knockout tournament was the Australia Cup. It was founded in 1962 but was abolished in 1968 after just seven seasons of competition. In 1977 a knockout competition called the NSL Cup was founded, which ran in parallel with the former National Soccer League (NSL). This competition involved Australian soccer clubs competing in the then top-flight NSL, plus a limited number of clubs from state-based competitions. The NSL Cup ceased after the 1996–97 tournament. An A-League Pre-Season Challenge Cup competition ran between 2005 and 2008 but involved only the teams from the A-League and was not in a traditional knockout format.

The FFA Cup was previously scheduled to commence in 2013, though after suffering numerous delays due to FFA's 2012 television coverage deal and rising cost concerns the competition was put on hold. On 29 August 2013, it was announced that a national FFA Cup would commence in 2014, after what would be two years of organising the knock out competition. On 14 October 2013, FFA announced that it had appointed Sam Chadwick as General Manager of the FFA Cup. On 24 February 2014, the FFA Cup was formally launched by David Gallop.

The first member federation club to qualify for the FFA Cup was Tuggeranong United from the Australian Capital Territory. Tuggeranong United qualified for the 2014 FFA Cup as the winners of the 2013 ACT Federation Cup. The first games in the tournament proper occurred on 29 July 2014, with four games from the Round of 32 played concurrently. In 2014 former three time NSL Champions Adelaide City became the first semi-professional state-league club to defeat a professional A-League club, defeating Western Sydney Wanderers 1–0.

In late 2020 the FFA announced that future winners of the cup would earn an Asian Champions League preliminary round spot.

The 2020 competition was cancelled on 3 July 2020 due to the COVID-19 pandemic in Australia. This on-going pandemic caused further disruptions to both the preliminary rounds and the main competition in 2021.