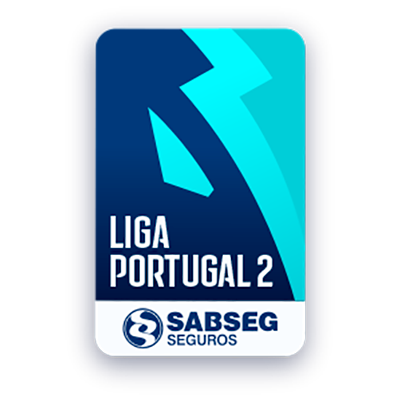 The Liga Portugal 2 (Portuguese pronunciation: [ˈliɣɐ puɾtuˈɣal dojʃ]), also known as Liga Portugal 2 SABSEG for sponsorship reasons, is the second-highest division of the Portuguese football league system. At the end of each season, the two top-finishing teams are promoted to the top-tier Primeira Liga and the two lowest-ranked teams are relegated to the third-tier league. Starting with the 2021–22 season, relegated teams will no longer compete in the Campeonato de Portugal, which will become the fourth tier, but in a newly created third-level competition named Liga 3 (League 3).

The division began in 1990 as the Segunda Divisão de Honra (Second Division of Honour), superseding the Segunda Divisão (Segunda Divisão) as the second tier of Portuguese football. When the division came under the auspices of the Liga Portuguesa de Futebol Profissional (LPFP) in 1999, it was renamed the Segunda Liga (Second League), a name that was kept until 2016, except between 2005 and 2012, when it was known as the Liga de Honra (League of Honour). Rebranded as LigaPro in 2016, the competition assumed its current naming in the early stages of the 2020–21 season.

As of the 2018–19 season, it is contested nationwide by 18 teams, including the reserve sides (B teams) of several top-flight clubs. Twenty different teams have won the division title; the most successful is Paços de Ferreira, with four wins, including the inaugural season and the most recently concluded 2018–19 season.