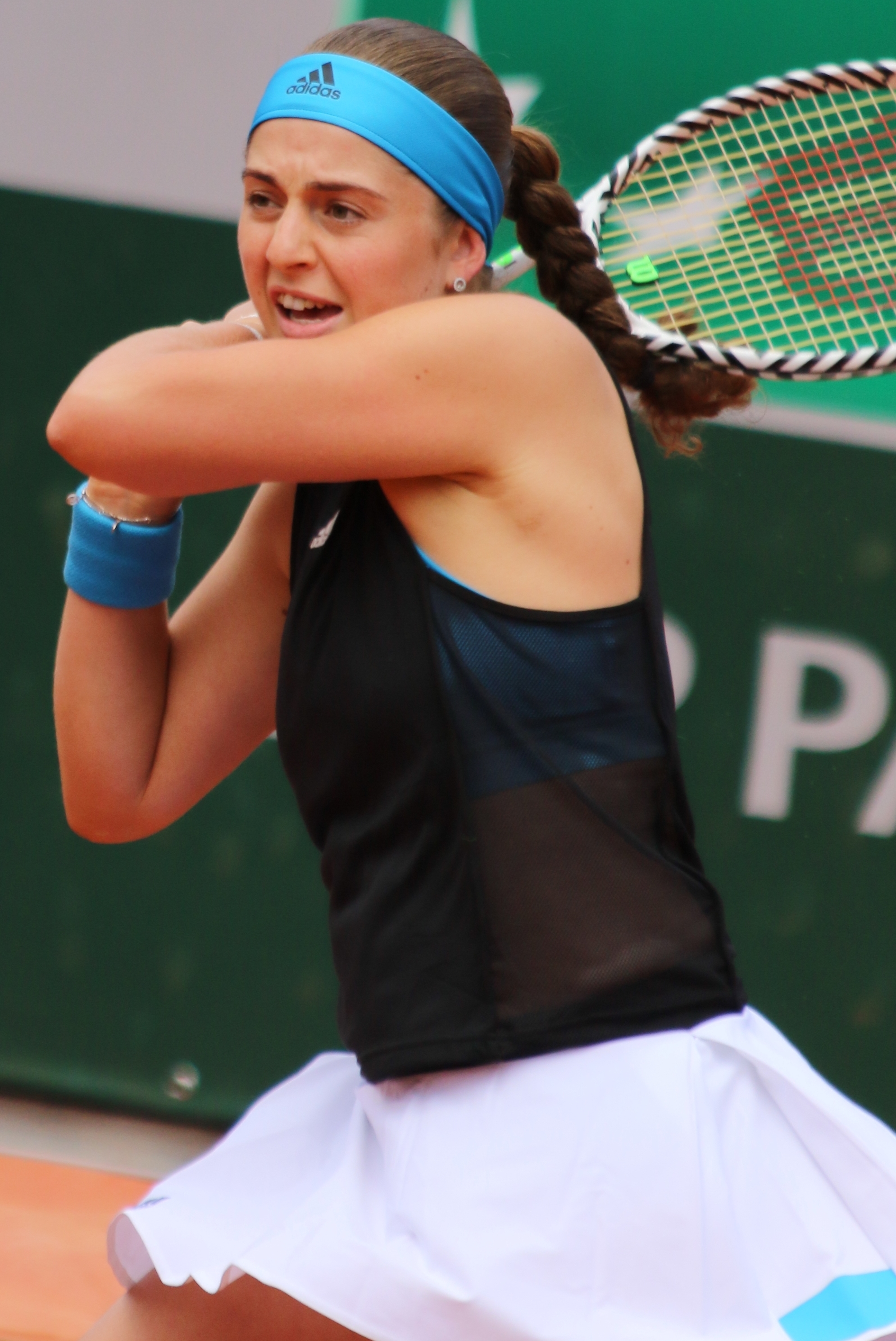 Jeļena Ostapenko (born 8 June 1997), also known as Aļona Ostapenko, is a Latvian professional tennis player. She has career-high WTA rankings of world No. 5 in singles, achieved on 19 March 2018, and world No. 17 in doubles, reached on 2 March 2020.

Ostapenko won the 2017 French Open singles title, becoming the first player from Latvia to win a Grand Slam tournament and the first unseeded player to win the French Open since 1933. In addition to her singles career, she has played as a member of the Latvia Fed Cup team. She has won seven singles and eight doubles titles on the ITF Women's Circuit, and she also won the junior singles event at the 2014 Wimbledon Championships. Ostapenko is known for her highly aggressive playing style, including powerful inside-out groundstrokes and a tendency to aim for the lines.