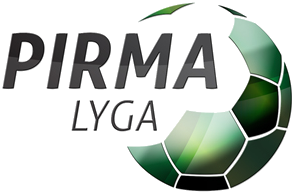 The I Lyga, LFF I Lyga, Pirma Lyga, is the second tier of professional Lithuanian football championship.

There were 15 teams competing in the 2017 season. At the end of this season, three teams withdrew from all competitions.

In 2018, there were 14 teams that started the championship. However, FK Koralas Klaipėda withdrew in the mid-season. After the end of the season, two more teams have withdrawn from participation in the next season.

The 2019 season saw 16 teams starting the championship. In June FC Stumbras ran into financial difficulties, its license was withdrawn from the A Lyga, along with Stumbras B license in the I Lyga. In July Stumbras B was removed from the league, with all results annulled as the team played less than half of all season games. At the end of the season an investigation into match-fixing was launched. As a result, FK Atlantas and FK Palanga were expelled from A Lyga and demoted to II Lyga. An appeal to allow to participate in I Lyga was rejected. As the investigation continued, I Lyga side FC Kupiškis was also found to be involved in match-fixing, and subsequently fined and demoted to II Lyga.

Although the 2019 I Lyga winners FC Džiugas Telšiai won promotion to A lyga, the club failed to meet 2020 A Lyga licensing criteria, and had their promotion forfeited. Only FK Banga Gargždai had advanced to A Lyga after the 2019 season, having won the promotion playoff against the A lyga 7-th placed FK Palanga before its expulsion from the A Lyga.

The 2020 season was affected by the COVID-19 pandemic, and was shortened to 1.5 rounds. 14 teams participated in the tournament, with four teams offered promotion to A Lyga. The last-placed team was meant to be relegated, but in the end stayed up in I Lyga.

2021 season ran in full despite some COVID-19 threats. As four teams advanced to the A Lyga, and one club withdrew, five teams joined from the II Lyga. Previous season winner FK Jonava were denied A Lyga license because of allegations of match-fixing. The league consisted of 14 teams, with an expectation to expand the league to 16 the next season.